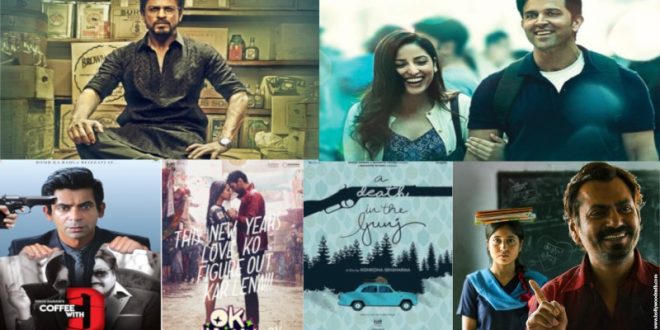 Mumbai: Despite a bunch of super-hit movies, 2016 couldn’t be called a great year for Bollywood industry. However, it would remain a memorable year due to the experiments tried by actors, directors, and producers. Superstars like Amitabh Bachchan, Akshay Kumar, Shah Rukh Khan, Salman Khan and Aamir Khan delivered films with promising content.

The film lovers are expecting some great movies in 2017. From the beginning of the New Year,

we will witness some big banner projects. There would clash between Hrithik Roshan’s Kaabil and Shah Rukh Khan’s Raees on 25th January this year. Shraddha Kapoor and Aditya Roy Kapur’s Ok Jaanu is another prominent release of January. It will hit the screens on 13th January.