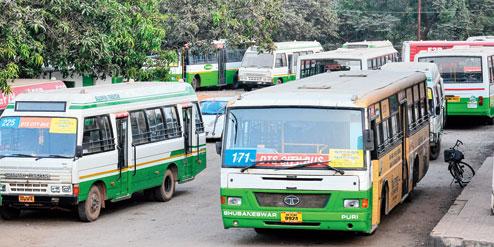 Bhubaneswar: In a bid to ensure smooth flow of traffic on main roads in Bhubaneswar, the Odisha government has decided not to allow auto-rickshaws to ply on the stretches like Janpath in the city.

It was decided in a recent meeting of state-level traffic management committee held under the chairmanship of home secretary Asit Tripathy.

The auto-rickshaws would be allowed to ply only on feeder mutes, said an official.

The government has taken this decision as it felt that the auto-rickshaws are major contributors to the roaring traffic snarls in city.

The government has also decided to put a cap on the number of auto-rickshaws to ply in the state capital. Besides, the committee also decided not to allow private stage carriages (buses) to have multiple halts in the city, said the officials.

The transport commissioner has asked the Khurda collector to implement the above decisions as soon as possible.

It was decided that private stage carriages having multiple stoppages inside Bhubaneswar city shall not be allowed. The stage carriages starting from or terminating at Bhubaneswar should not be allowed to stop, pick up and drop passengers at places other than the Baramunda and Master Canteen Bus Stands like in case of city bus services,” the commissioner wrote to the collector.

The commissioner asked the collector to call a district transport authority meeting soon to identity three or four interchange points like Baramunda bus stand and Master Canteen bus stand wherefrom passengers can be picked up and set down by private buses.