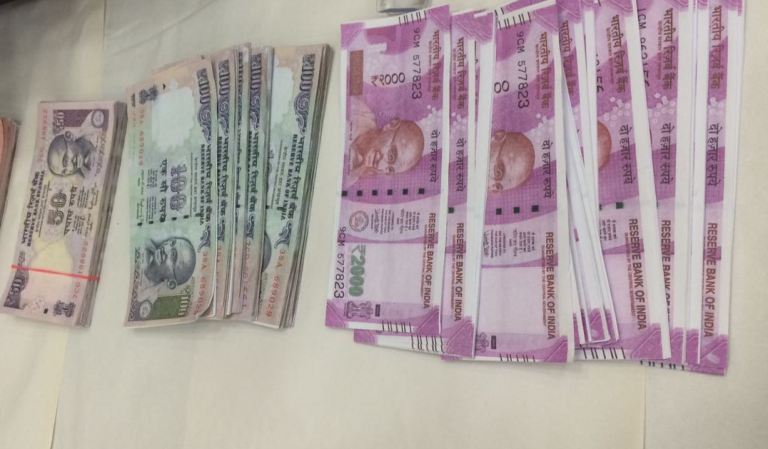 Jajpur (Odisha): A fake currency racket has been busted with the arrest of four accused and seizure of counterfeit notes of Rs 27.46 lakh in Odisha’s Jajpur district on Saturday.

“On Friday, the Kaliapani police seized fake currency worth of Rs 8,200 of Rs 100 denominations from Pradip Kumar Pradhan. During interrogation, Pradip disclosed the names of his associates Chandramani Bal, Rameswat Moharana and Sarbeswar Sahoo, after which the police raided their hideouts and seized huge amounts of counterfeit currency notes from them,” said the IG.

During the investigation, police also came to know that Ramesh Moharana had been arrested in 2010 and 2011 by the Gopalpur police of Ganjam district and Gunupur police of Rayagada district, respectively, on the charges of his involvement in fake currency racket, added the IG.