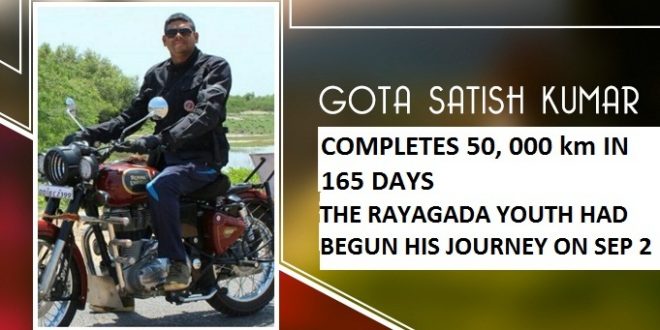 Rayagada (Odisha): Gota Satish Kumar, a double amputee from Rayagada district, has secured a place in the Guinness Book and Limca Book of Records for covering maximum distance in a country.

With the completion of his India tour, Satish broke the previous world record of 38,000 km of bike tour attempted by any person.

Satish had set out on his journey from hometown Rayagada with an aim to better his earlier feat on September 2 last year. He had earlier completed 19,000 km covering 29 states and five Union Territories.

Satish chose September 2 to start the journey as he had lost his legs on this day in a train accident in 2005.

His aim was to create history by entering into Guinness and Limca Book of Records as a solo motorcycle rider in the physically challenged category and general category as well.

The MBA graduate lost his legs in a train accident at the age of 26 and underwent surgery for amputation. Post surgery, he slipped into a state of depression. After struggling for months, he bounced back to life with a pair of prosthetic legs and life thereafter has been inspirational.

According to reports, Tollywood star Pawan Kalyan had extended a financial aid of Rs 5 lakh to Satish after coming to know about his inspirational journey. Coincidentally, September 2 happens to be the birthday of the popular actor. 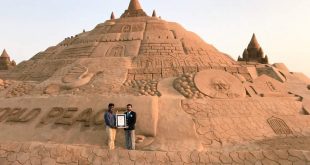 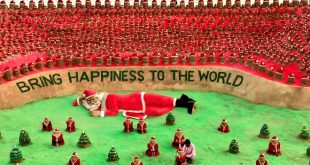 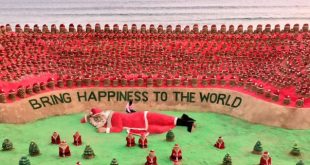