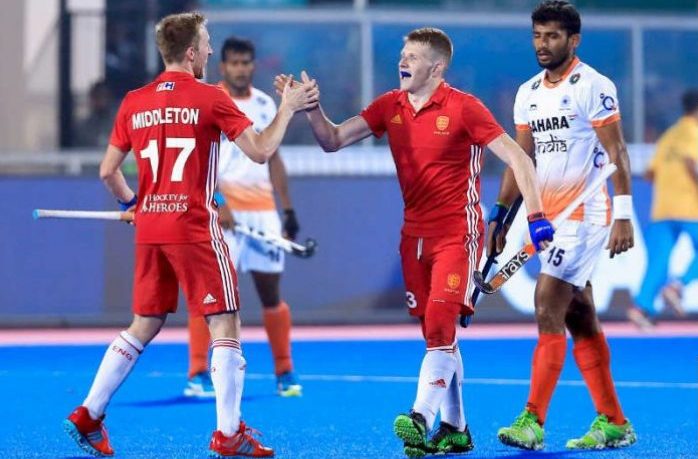 Bhubaneswar: Samuel Ward struck a brace as England foiled an Indian fight-back to win 3-2 in a match of the Odisha Hockey World League (HWL) Final at the Kalinga Stadium here on Saturday.

The European bronze medallists established a 2-0 lead thanks to strikes from David Goodfield and Sam Ward before India came roaring back into the contest, with Akashdeep Singh netting before Rupinder Singh tied the match with ten minutes to go.

However, it was Ward who would have the last word, creating space in the circle before smashing home a terrific strike to give England a winning response to their opening day defeat against Germany.

The result moved England up to second in the Pool B table, one point behind leaders Germany and ahead of both third-placed Australia and fourth-placed India.