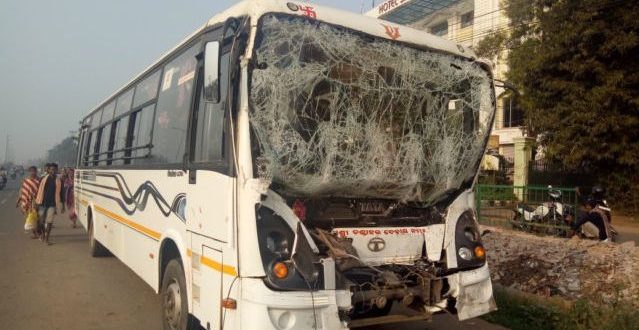 Bhubaneswar: As many as 15 persons, including several school students, sustained injuries after a picnic bus they were travelling in hit a truck from the rear on a flyover near CRPF Chhak in Bhubaneswar, said police on Saturday.

The ill-fated bus was carrying around 40 school students from Banpur in Khurda district to Kapilash in Dhenkanal district.

It met with the accident at around 2.30 am when it collided with a stationary truck on the road.

“The accident took place after a truck suddenly halted before the bus as MVI checking was going on there,” said the driver of the bus.

On being informed, police and fire personnel reached the spot and rescued the victims.

Most of the injured ones have been admitted to Capital Hospital here.