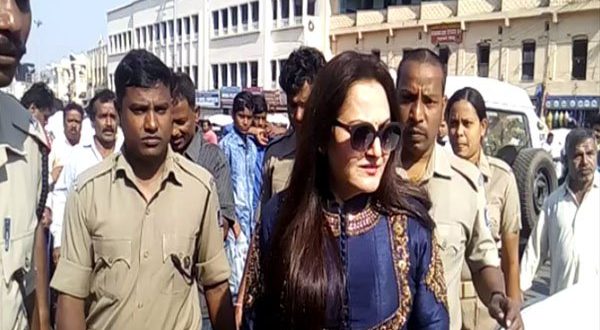 Bhubaneswar: Yesteryear actress and former parliamentarian Jaya Prada on Sunday demanded a CBI probe into the alleged gang rape and suicide of a minor tribal girl in Odisha’s Koraput district.

Jaya Prada, who visited Puri and had darshan of Lord Jagannath and his siblings, demanded that the state government should recommend a CBI probe to put the culprits behind the bars.

Jaya Prada is in Odisha to attend a cancer awareness programme being organised by SOA University here.

“Such types of crime are happening in many places across the country and also in Uttar Pradesh and Odisha. Here (in the Kunduli case), the state government should recommend for a CBI probe,” said the former parliamentarian.

Notably, opposition BJP and Congress have been demanding a CBI probe into the Kunduli gang rape and suicide case. The ruling BJD termed the demand of opposition as ‘politicization of sensitive issue’.

The minor Dalit girl had alleged that she had been gang-raped by armed men in camouflage combat uniform near Kunduli in Koraput district on October 10 last year.

The girl was admitted to Koraput hospital. A doctor at Kunduli, a medical team at Koraput and another team of doctors from MKCG Hospital Berhampur had examined the victim and found no sign of rape triggering State-wide resentment.

She committed suicide by hanging herself after being denied justice.