Bhubaneswar: The Odisha Congress on Sunday announced that it will launch a state-wide agitation from Monday in a phased manner protesting against the tardy progress in the investigation into the Kunduli gang rape and suicide case.

The party said Chief Minister Naveen Patnaik’s order for High Court-monitored probe SIT probe into the Kunduli gang rape and subsequent suicide is only confined to the announcement.

“It is really unfortunate that the SIT probe as announced by the Chief Minister into Kunduli incident is confined to the only announcement. It is now crystal clear that the state government has no respect for Dalits particularly women and girls,” said Congress Koraput MLA Krushna Chandra Sagaria here.

He said the government is yet to name of the officers who will investigate the sensitive case.

He said the party will stage a demonstration in the Bhubaneswar on Monday and subsequently will stage a dharna in other parts of the State in a phased manner protesting against the state government in the Kunduli row.

He alleged that the government is deliberately trying to delay the probe further to conceal the crime.

Reacting to the call for a state-wide agitation, BJD spokesperson Pratap Deb said the state government has already written a letter to the Orissa High Court to monitor the probe into the Kunduli incident.

The court is likely to take a call on February 21-22 into the Kundli row.

On October 10, the 14-year-old minor girl alleged she was gang-raped in a forest near Kunduli under Pottangi police limits in Koraput district by four security personnel. Later, the girl committed suicide in her house at Musaguda on January 22. 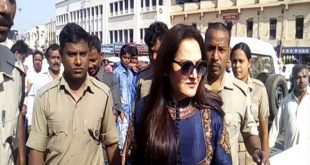