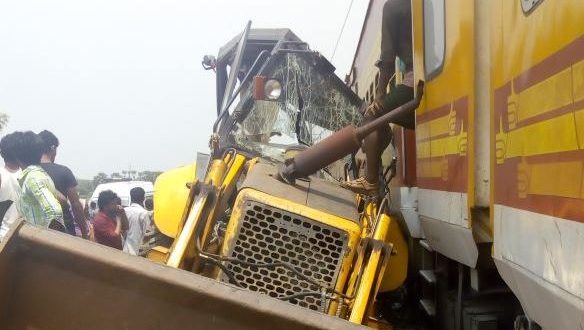 No passenger was injured in the incident. However, services on the line were disrupted for a couple of hours, said an East Coast Railway (ECoR) official.

The excavator machine was abandoned on the railway tracks by its driver after it developed snags near the level crossing, between Haridaspur and New Garhmadhupur stations,  said the official.

The pantograph of the Howrah-bound train along with the overhead wire and masts were damaged in the collision, he said.