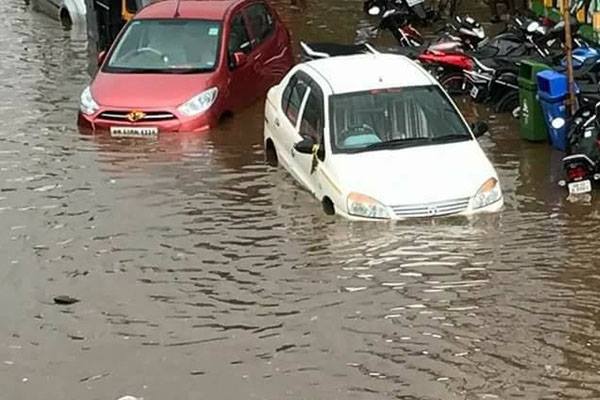 Bhubaneswar: The incessant rainfall over the last 24 hours triggered by low-pressure over the Bay of Bengal has thrown normal life out of gear at several parts of Odisha.

Chief Minister Naveen Patnaik on Saturday took a review meeting on the rain fury and directed the officials to remain alert to face the flood like situation.

“Water level of different rivers is being closely monitored while several ODRAF teams are on standby. Besides, control rooms have been set up in various districts,” informed Special Relief Commissioner Bishnupada Sethi.

Several parts of Odisha including the twin city of Cuttack and Bhubaneswar, and pilgrim town Puri are inundated on Saturday.

Several areas in Cuttack have been waterlogged following heavy rain since Friday night.

The picture in Bhubaneswar was no different either. The residents of Jayadev Vihar, Acharya Vihar, Nayapalli, Patia and Sailashree Vihar have been facing a tough time over the water-logging problem.

Meanwhile, the state government has asked the districts Collectors and officers not to leave their respective headquarters for at least 48 hours in view of incessant rains occurring in the state.

“We have alerted the administrations at district, block and tehsil level. We have received information that in Malkangiri, roads joining it from Jeypore and Kalimela have been cut off. Similarly, some parts of Kalampur and Jaipatna block of Kalahandi district have got submerged and the people there were shifted to a safer place,” said Sethi.