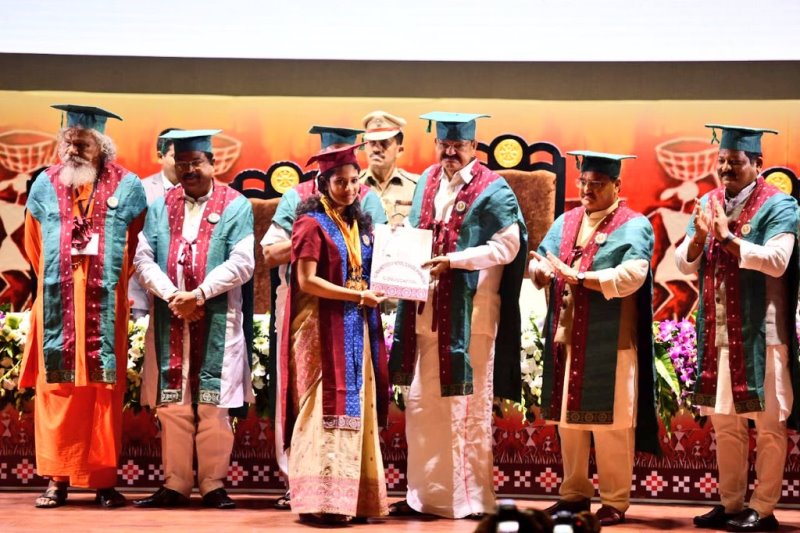 Bhubaneswar: Vice President M. Venkaiah Naidu on Saturday said every doctor should serve at least 3 years in rural areas before getting a promotion.

“Every doctor should serve at least 3 years in rural areas before getting promotion. It should be made mandatory,” said Naidu at the first-ever convocation ceremony of AIIMS Bhubaneswar.

“It is a matter of concern that the absence of qualified medical practitioners is making people to go to quacks. We need to overcome the acute shortage of health providers as also the infrastructure in rural areas’ he added.

Speaking on women empowerment, the Vice President said, “Who says women can do nothing? Given an opportunity they can do wonders. Girls are outperforming boys. Recall days of Purans, Saraswati was Education Minister, Parvati was in charge of Defence and Laxmi took care of Finance.”

Speaking at AIIMS Bhubaneswar convocation, Union Petroleum and Natural Gas Minister Dharmendra Pradhan said the institution is growing fast and hopes rare surgeries, which are now carried out at AIIMS-Delhi, will soon be conducted at AIIMS Bhubaneswar.

Union Health and Family Welfare Minister JP Nadda said the performance of AIIMS Bhubaneswar is better among six AIIMS that were made operational in 2013 as it provided treatment to over 5 lakh patients last year and has the maximum number of faculty members.