“BJD government led by Chief Minister Naveen Patnaik has announced scores of schemes in the last 18 years and spent huge amount from the state exchequer. But, the people of Odisha living in urban, as well as in rural area, are deprived of getting safe drinking water throughout the year,” said Patnaik.

He said while the total debt burden of the state is going to touch Rs.1 lakh crore, the state government has taken no steps to provide safe drinking water to the people.

In a statement, he said the coastal districts of Puri, Ganjam, Kendrapada, Bhadrak, Balasore, Jagatsinghpur and Cuttack are facing acute water shortage during summer.

In many places, people are unable to get water for their daily use. Where there are tube wells or piped water supply system, high content of fluoride or Iron makes it useless, he informed.

“BJD government is not at all giving importance to this vital and basic issue. Only they are providing potable water in some places for around two months during summer. But in all other time, people are facing lots of problems to collect safe drinking water,” he alleged.

Every year, a number of deaths are occurred because of diarrhoea, hepatitis by drinking contaminated water, said Patnaik.

The PCC Chief Union Health Ministry informed the Lok Sabha in March this year that Odisha stands no.5 in groundwater contamination index.

“High content of fluoride and Nitrate in groundwater of the state makes it unfit for human health. CAG report also shows Odisha is much behind in terms of piped water supply. Groundwater in 25 districts out of 30 in the state is contaminated because of high fluoride content. CAG has said, by the end of 2017, only 3.7% families in rural areas were supplied with piped water,” he informed. 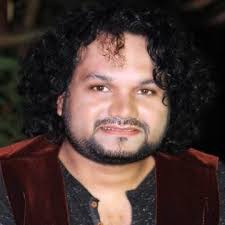