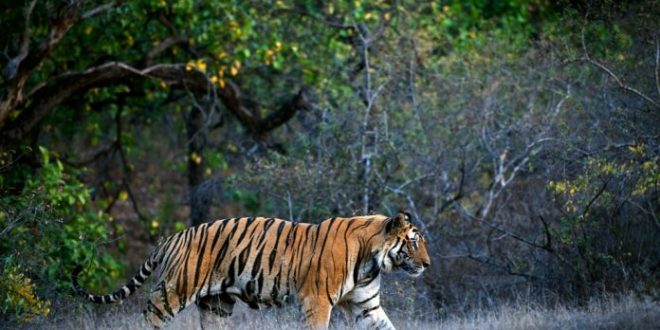 Tigress Sundari likely to be tranquilised; to be shifted to enclosure

Angul: The Forest Department is likely to tranquilise Royal Bengal tigress Sundari on Monday after it allegedly killed a villager from Tainsi village in Satkosia area of Angul district on Sunday.

The department is likely to shift Sundari back to the enclosure on Monday.

“Tigress Sundari’s movement is also being monitored through satellite. The priority for the authorities now is to capture and shift it to an enclosure keeping in view the safety of the human beings and the animal,” said PCCF Sandeep Tripathi.

He said Sundari will be kept in Raiguda enclosure.

A letter has been written to NTCA seeking future course of action.

A team of experts and doctors from Odisha University of Agriculture and Technology, Nandankanan Zoological Park and gun assistants reached Satkosia on Sunday night.

After holding discussions with the researchers of Wildlife Institute of India (WII), the team has been assigned with the task of tranquilising and capturing the big cat.

The tigress killed Trinath Sahoo when he had gone to a nullah for fishing in the wee hours of Sunday.