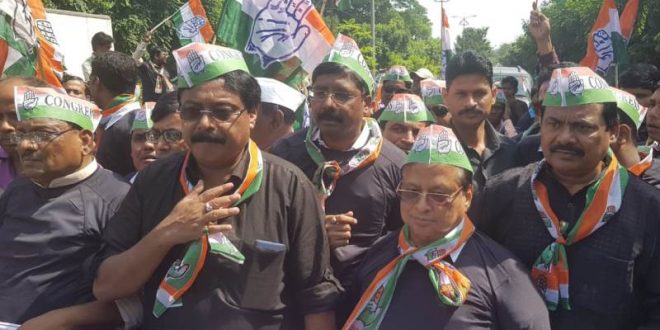 Bhubaneswar: The Odisha Congress on Friday took out a rally and staged a demonstration in front of the Central Bureau of Investigation’s (CBI) office here against the Centre’s interference in the affairs of the premier investigative agency.

When CBI was about to initiate an inquiry into Rafale deal, its Director was changed in a midnight operation by BJP government. But corrupt practices of the Narendra Modi government can’t be suppressed by this way,” said Patnaik.

He also criticised Naveen Patnaik and BJD government at the state for remaining silent on the issue.

He said BJD government in Odisha is tight-lipped on this, as these two political parties are two sides of the same coin.

“Both are supporting each other on every issue. Now it is clear that they are brothers and people of Odisha must remember this. This has disclosed their real face,” added Niranjan.