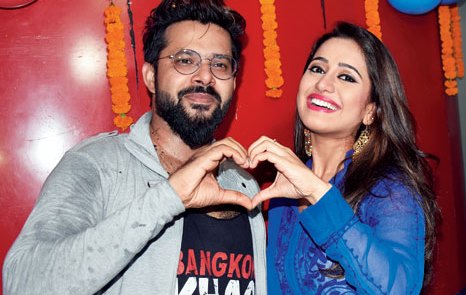 Bhubaneswar: Sabyasachi and Elina will come together in their upcoming Odia movie Mal Mahu Jiban Mati: Bhagya Ra No Guarantee.

This will be Amara Muzik’s first Odia movie production, which will be co-produced with Ladybird Entertainment.

The Odia movie Mal Mahu Jiban Mati will be directed by Ramesh Rout, who is known to have delivered multiple hits in the past.

The narrative has been given shape by the exceptional writer Dr Nirmal Nayak, and Abhijit Majumdar is all set to create magic with his music as the music director.

Commenting on the concept of the movie, the protagonist Sabyasachi Mishra said, “It’s going to take Olllywood to a different level; not only because of its comic elements or commercial points but also for the depth the subject has and the message the concept carries. I can say, it’s very unique to find a script like this which is a perfect blend of value-oriented depth and hilarious comic timings.”

“I am playing a character who is differently abled, and as the script demanded we selected 20 extremely talented differently-abled actors from across Odisha who will make their debut in Ollywood with this movie,” he said.

Sabyasachi also said that the title Mal Mahu Jibana Mati has a lot of significance to the subject which will be revealed in the coming days.

“This word will turn as a motivational line when we will reveal the relationship between the title and the movie,” he informed.

“Amara Muzik’s first Odia movie Mal Mahu Jiban Mati is to start production soon, and it is an exciting space to venture into. We are looking forward to channelling our expertise in the digital space, to create a global audience for Odia movies. Mal Mahu Jiban Mati is just our first step in this journey. Collaborating with some of the finest talents of the industry for our first movie, we are confident of offering the audience with fresh content”, said Naveen Bhandari, Managing Director, Amara Muzik.

Commenting on this joint venture with Amara Muzik Pvt Ltd, Kabita Patra of Ladybird Entertainment said, “We’ve never come across a story like Mal Mahu Jiban Mati. It has a fresh outlook and is sure to be an entertainer. Working on this project with Amara Muzik is an absolute delight. They have been a prominent name in the Odia Music Industry, and it is a pleasure to be associated with them. The production of the film will soon be underway, and we can’t wait to share it with you all.”

Mal Mahu Jiban Mati is to hit the production floor in the coming months and will be the first of the six movies Amara Muzik is set to produce in the next two years.