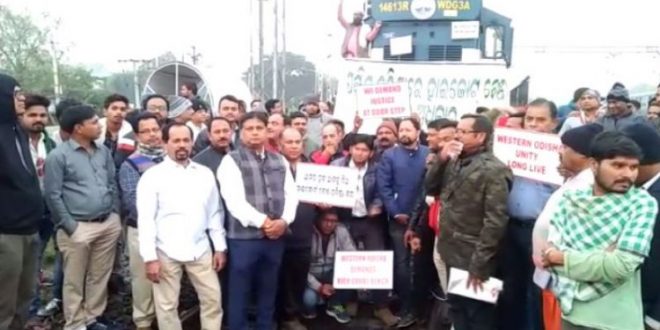 Sambalpur: The Central Action Committee (CAC) of All-Western Odisha Bar Association (AWOBA) on Thursday launched a 48-hour ‘Maha bandh’ in the western districts of the state demanding the establishment of a permanent bench of Orissa High court in the region.

Besides Sambalpur bar association, lawyers in Sundargarh and Subarnapur also extended their support to the stir and picketed at government offices in their respective districts.

Normal life has come to a grinding halt in the region following the shutdown call. While vehicular traffic on the roads affected, shops, various educational institutions and business establishments have remained closed due to the bandh.

The Biju Patnaik University of Technology (BPUT) has also postponed its examination to be held today.

Earlier on the day, hundreds of lawyers halted Sambalpur-Puri and Sambalpur-Rayagada Intercity trains at Khetrajpur station.

Bandh supporters also held a rally and resorted to picketing and road blockade in important junctions in several towns.