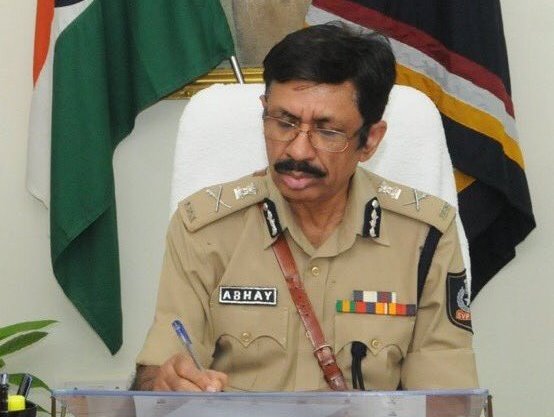 He is presently posted as Director of Sardar Vallabhbhai Patel National Police Academy.

Incumbent DGP BK Sharma has been appointed as Officer on Special Duty (OSD) to Home Department.

Satyajit Mohanty is posted as director intelligence and will remain in charge of DGP till Abhay joins. Sunil Ray will be the new DG Fire and Home guard.

The development came minutes after the government formed a three-member committee to probe irregularities in allotment of fire safety certificates during Sharma’s incumbency as the Director-General of Fire Services.

“It is reported that there is huge pendency of applications for issuance of fire safety recommendations and certificates in the Directorate of Fire Services. This has caused immense inconvenience not only to general public but also to business, industry, educational and medical establishments,” said an order of Home department.

“In order to inquiry into the matter relating to noncompliance of government instructions by the Directorate of Fire Services and circumstances under which applications for the fire safety recommendations and certificates have been kept pending for long periods, Government is pleased to constitute a committee comprising Chief Secretary, Development Commissioner and Home Secretary to inquiry into the matter,” said the order.