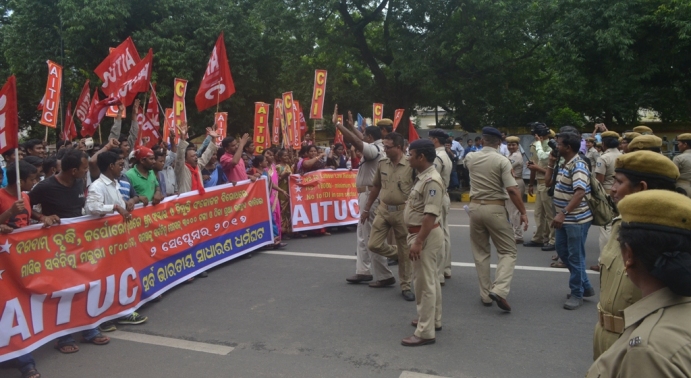 Bhubaneswar: The Bharat Bandh called by major trade unions and other associations on Wednesday is likely to affect the normal life in Odisha.

The trade unions are protesting against the Citizenship Amendment Act (CAA), economic slowdown, growing unemployment and the alleged anti-labour attitude of the Centre.

Besides, Odisha unit of the Congress has extended its support to the Bharat Bandh on January 8.

Pradesh Congress Committee (PCC) president Niranjan Patnaik appealed to party workers and the people to make it a success.

The Central trade unions called for the Bharat Bandh on a 14-point charter of demands including social security, minimum wages, and employment among others.