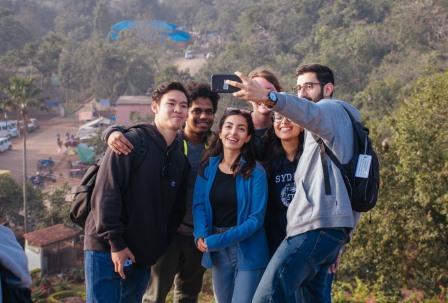 
Bhubaneswar: Completing its 100th trail, this morning was nothing short of a special celebration for the Temple City.

Starting off on a cold note at 6:30 am in the morning, the trails saw not just people from the city but also from Australia. The group numbered around 35 with over 30 students from Australia alone, forming the core of the visiting heritage enthusiasts.

What started off as a formal exchange of pleasantries soon turned to a session of jokes, laughter, and games.

Starting from Udaygiri, with a brief explanation of its history, the excitement of learning about new culture was clearly visible. Much like the storytelling of the Cave’s origin, it was a steady buildup. Polite smiles soon turned to guffaws as the walkers excitedly participated in trivia games.

The 100th Cave Trail was a witness to not just one Saturday morning but a very apt culmination of two year’s worth of stories told and exchanged.

Being at the top of the Udaygiri Caves, one of the natural high points was nothing short of mesmerising. A picturesque view of what exactly the Cave Trails set out to do, three years ago.

The natural seamlessly mixing with the man-made, the history subtly diluting into the present, and an experience proving as a reminder of our past and how much of the city is surrounded by it.

As stories about the history of the cave were being told, the walkers explored the caves themselves and experiences were also shared as participants chanted “Om” and were astonished as it reverberated in the open spaces of the Rani Gumpha cave.

Moving on to the Khandagiri Caves was a remarkable experience for the ones visiting the twin hills for the first time.

From impromptu rock climbing to an interesting session with the monkeys of Khandagiri; giving, once again, a reminder of our ancestral history and its significance.

For Chris and Cameron, having never visited a place like this, it was an amazing experience. They especially loved the part where they indulged in an impromptu rock climbing session. They also loved the view from the top of the hills.

The surroundings, the greenery, and the city and high rising towers at a distance, peeping out of the clouds.

The group had a lot of fun and at the end of the walk, they extended their heartfelt gratitude towards the Ekamra Walks team and Henry, who has been here before and every time he has joined, made sure to bring along his friends.

The Cave Trails, having completed its 100th, is in itself a story worth telling. 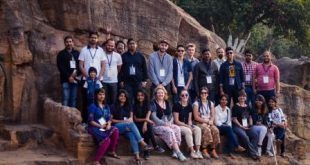 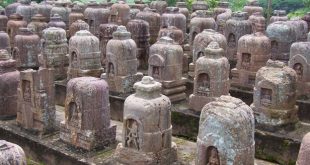 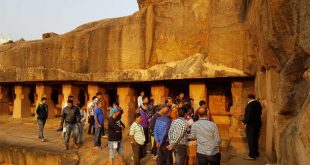