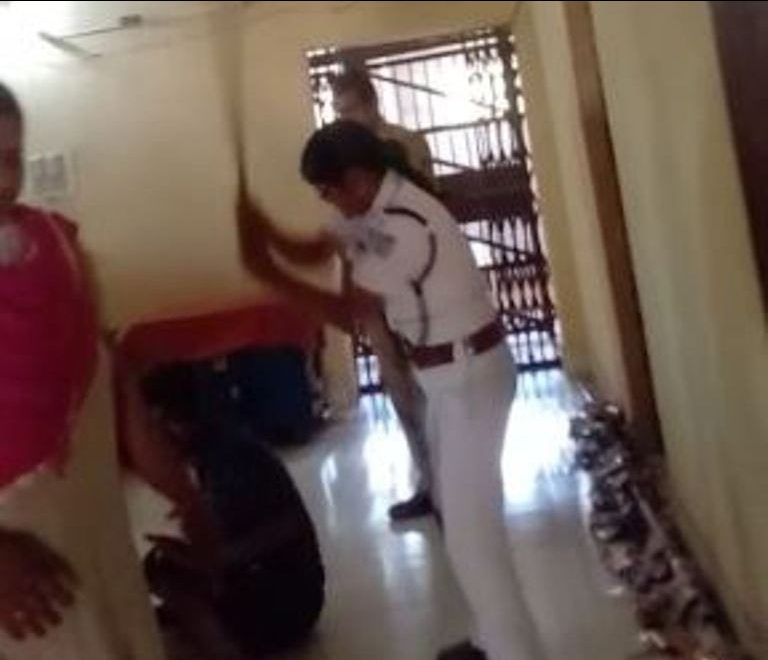 Bhubaneswar: DGP Abhay has placed Sandhya Rani Jena, Patna police station IIC in Keonjhar district, under suspension for resorting to third degree, the video of which has gone viral on social media.

In the viral video, Inspector In-Charge (IIC) Sandhyarani Jena was seen kicking a youth and thrashing him with a stick inside the police station.

After the video of the torture went viral, Keonjhar SP Mitrabhanu Mahapatra directed Ghatgaon SDPO to probe into the matter.