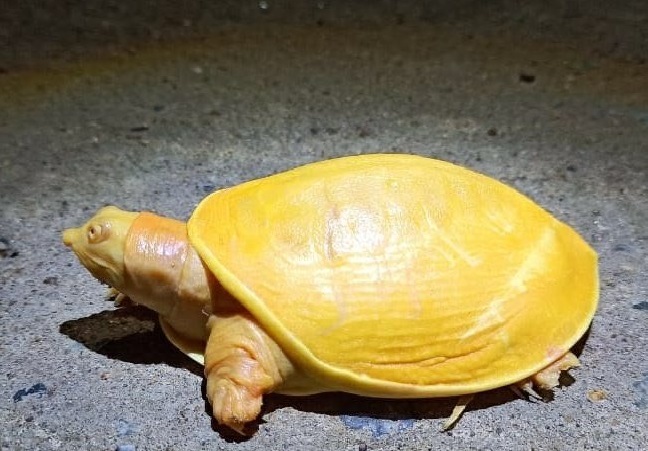 Bhubaneswar: A rare yellow turtle was rescued in Odisha’s Balasore district on Sunday.

Locals from Sujanpur village in Soro block rescued the yellow colour turtle from farmland. Later, they informed the forest officials who took possession of the turtle.

“A rare yellow turtle was spotted & rescued in Balasore, Odisha yesterday. Most probably it was an albino. One such aberration was recorded by locals in Sindh few years back,” tweeted IFS officer Susanta Nanda.

Nanda said it also appeared to have pink eyes, a feature than indicates albinism.

The yellow turtle is an albino one. This species is very common in Odisha, he said.