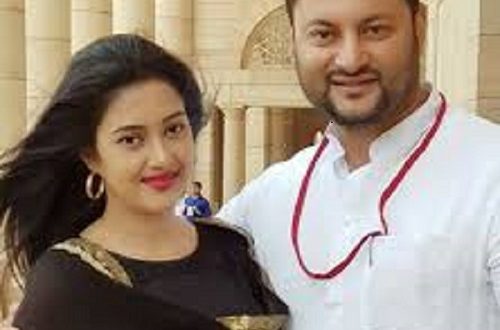 The matter came to light on Sunday, day after a Cuttack court listed Varsha’s petition of domestic violence against Anubhav for Monday.

The BJD MP has filed a 47-page divorce petition in Delhi’s Patiala court.

In his petition, Anubhav said the couple had been living separately since May 2019.

The Kendrapara MP has reportedly alleged that his wife was not allowing sexual relations and natural conjugal life.

He said that Varsha had been falsely accusing him of having affairs with his co-stars since 2016.

Anubhav also alleged that the Ollywood actress mostly preferred not to stay at her matrimonial home and even she did not like the food of her in-laws’ house.

However, Varsha, in her petition, has complained that Anubhav was not allowing for procreation for last 5/6 years.

Barsha has alleged that Anubhav is a habitual drunkard and he often drinks with his friends at home.

She has also accused him of having multiple affairs.

Anubhav and varsha had tied the knot in February 2014.