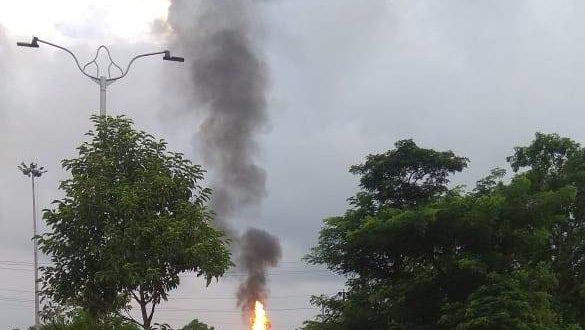 He also wished their speedy recovery.

“Fire has been extinguished and the situation is under control in the petrol pump near Raj Bhawan,” informed the CMO.

At least eight persons have been injured after a major fire broke out at the petrol pump near Raj Bhawan in Bhubaneswar following an explosion on Wednesday.

An underground CNG storage tank exploded leading to fire at the fuel station.

Meanwhile, Union Petroleum and Natural Gas Minister Dharmendra Pradhan directed the department secretary to conduct an inquiry into the incident.

He also wished speedy recovery of the injured persons.