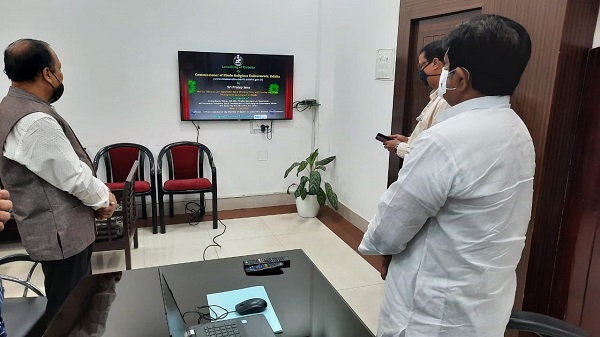 Law secretary Sashi Kanta Mishra, Commissioner Endowments Chittaranjan Mohapatra and other officials from the department and NIC were present during the inauguration.

The website has been developed by NIC. It follows GIGW (Government of India Guidelines for Website). The website is made dynamic. It would be made assessable to physical handicapped persons.

Citizens and litigants can know about their legal disputes pending or disposed in the Commission office. The site is a repository of information about the Hindu Religious Temples and Maths, said an official.

The Minister appreciated the efforts put by the Department and NIC.