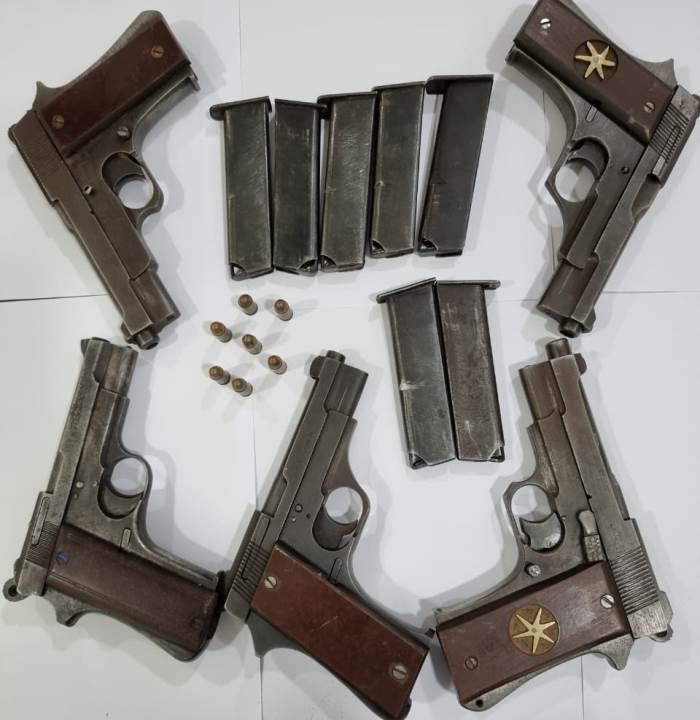 Basing on intelligence input regarding illegal possession/sale of firearms by some inter-state criminals namely Rabindra Prasad of Munger, Bihar, and Biswanath Bisoi of Srikrushnapur in Balasore district, a team of officers of STF intercepted the persons near Ranital, Bhadrak.

During the search, 5 sophisticated pistols, 7 magazines, and 7 live ammunitions were seized.