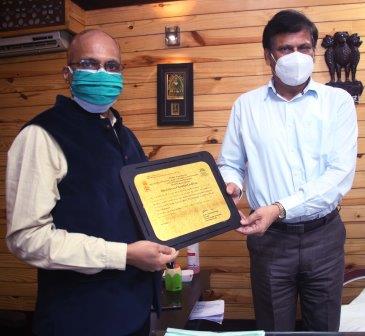 SOA presented with ‘One District One Green Champion’ award


Bhubaneswar: Siksha ‘O’ Anusandhan (SOA) was presented the ‘One District One Green Champion’ award for Khurda district in recognition of its exemplary performance in Swachhata Action Plan (SAP) Green Campus Initiative on Wednesday.

The award, instituted by the Mahatma Gandhi National Council of Rural Education (MGNCRE) in the Ministry of Education, was received by Prof. Nachieketa K. Sharma, SOA’s Director, University Outreach Program and Program Coordinator, NSS at a function held at Khurda.

Sanat Kumar Mohanty, Collector and District Magistrate, Khurda, who presented the award, congratulated SOA for the exemplary outreach activities undertaken by it and its outstanding contribution in the field of higher education.

Anuj Kumar Das Patrnaik, Additional District Magistrate, who delivered the keynote address on the occasion, exhorted all institutions to meticulously follow the parameters of campus hygiene laid out in Swachh Campus and Jal Shakti Manuals as swachhata was the most precious lesson alongside education.

“We must strive to cultivate a robust community which supported the wellbeing of everyone,” he said.

He also suggested adoption of cycling for local transport to cut down on pollution while stressing on water harvesting and solar energy to make campuses eco-friendly and make them green and self-sustainable.

Prof. Sharma narrated his experience in overseeing the swachhata program of the university while pointing out that it had been a success due to the continuous encouragement provided by the SOA President Prof. Manojranjan Nayak and Vice-Chancellor Prof. (Dr.) Ashok Kumar Mahapatra. Mr. Pratik Das of SOA explained the SAP initiative.

Shrayashi Das of MGNCRE proposed the vote of thanks. 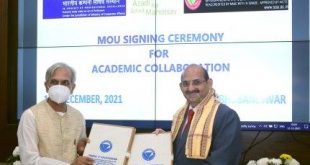 SOA signs MoU with Institute of Company Secretaries of India 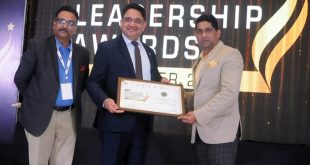