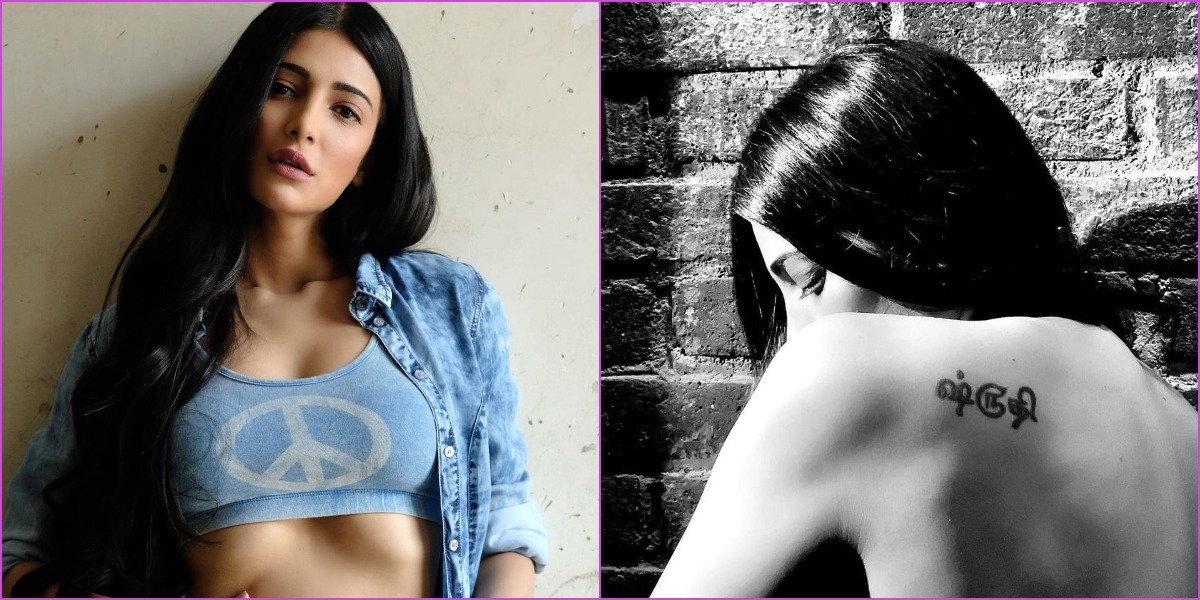 
Mumbai: Actress Shruti Haasan made her Bollywood debut in 2009 with the Hindi film ‘Luck’. Her last Hindi film ‘Behen Hogi Teri’ was released in the year 2017.

The bold and sassy Shruti who is known for her mature acting and sculpted body set the internet on fire by posting a topless photo to flaunt her tattoo.

In a series of Black and white photos, this specific picture caught the attention of the netizens and is currently going viral on the internet.  In her latest post, Shruti is posing with her bare back facing the camera. Her tattoo, written in Tamil script, spells her name out: “Shruti”. Along with the black-and-white image, Shruti Haasan said: “Say my name – say it out loud.” Fans and followers of the actress flooded the comment section with heart-eye emojis and compliments.

Shruti Haasan, the daughter of versatile actor Kamal Haasan, has established herself in South Indian films and has given many successful films in Tamil and Telugu languages. Shruti Haasan, who reached Hollywood from South to Bollywood, is a good actress as well as a great singer. The actress, who started her acting career in Telugu films, has worked in Bollywood films like ‘Welcome Back, Ramaiya Vastavaiya, Gabbar Is Back, Luck, D-Day, Behen Hogi Teri, Rocky Handsome’.