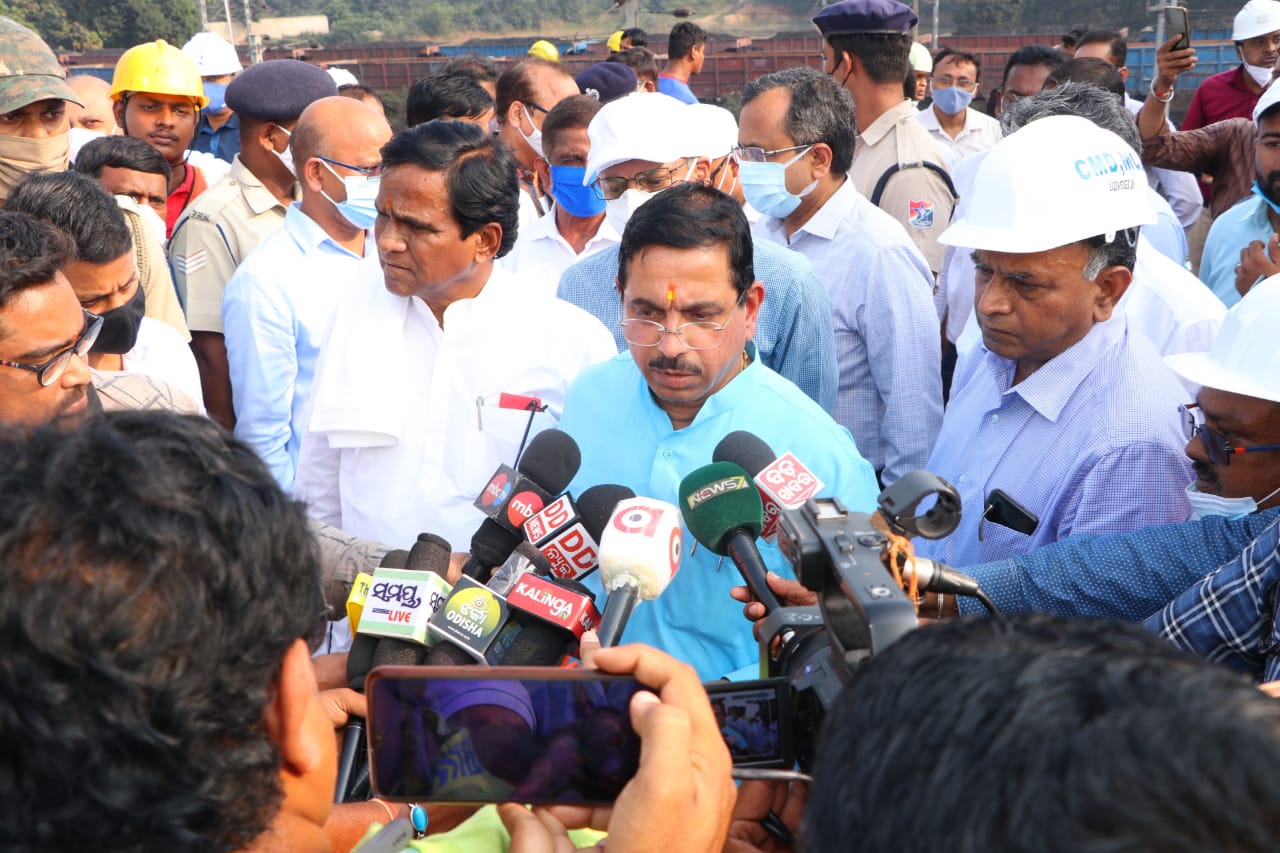 The Union Minister, who was also accompanied by Minister of State for Rail, Coal and Mines Raosaheb Patil Dhanve, during a three-day visit in Odisha, said, “Coal India limited has successfully stepped fuel supply to meet the increased power demand and arrest shortage of fuel at  thermal power plants which has happened due to increased cost of imported coal.”

“Coal production and despatch have now increased and we are supplying about 2.2 million tonne coal in a day to the power plants, which is itself a record,” Joshi informed the media persons on the sidelines of his visit to Talcher coalfields, which has the largest coal reserves in the country.

Accompanied by the MoS Rail, Coal and Mines, Joshi held discussions with MCL and Railway officials at the railway sidings.

The Ministers also interacted with the coal miners and motivated them for increasing coal production and despatch.  Best performing workers were also felicitated by the Union ministers.

During the discussions, while reviewing coal handling operations at the PPT, the Coal Minister advised officials to fully utilise port facilities to increase coal transportation through sea route.

MCL, the leading coal supplying company in the country, contributes about 25 per cent to the total coal production of Coal India.

During the current financial year, MCL supplied over 94 million tonnes of dry fuel to consumers, registering a growth of about 21% over last year.