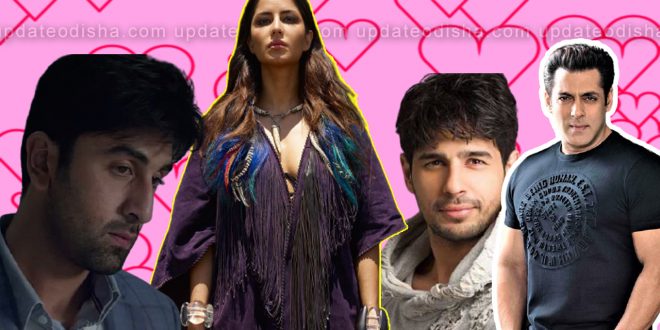 
The wedding of Katrina Kaif and Vicky Kaushal is going to be one of the most talked about weddings of the year. Everyday new updates are coming out regarding Katrina and Vicky’s wedding.

Preparations are in full swing in Sawai Madhopur, Rajasthan for this Royal Wedding going to be held on December 9.
Katrina Kaif is among the most beautiful actresses of Bollywood and rules many hearts. Her brilliant acting, dance, appearance and simplicity have been praised by her fans.

But there was a time when the Bollywood actress had been named with several superstars and the rumored love story had created a lot of buzz in the B-Town.

Katrina Kaif’s love affairs which had created a lot of buzz:

Among other rumored story, Katrina Kaif and Salman Khan’s relationships are most in headlines. In fact, there was news of the duo of getting married.

Superstar Akshay Kumar’s name was also associated with many actresses, including Katrina Kaif. The duo had given many hits to the industry and media.

Katrina was also rumored to have love relationship with Ranbir Kapoor. They were very close at time, but then got separated.

The actress’s name was also associated with her Baar Baar Dekho co-actors. As per reports, after separating from Ranbir, Katrina came close to Siddharth. Both worked together in the film ‘Baar Baar Dekho’ and both were in headlines with the song Kaala Chashma from the film.