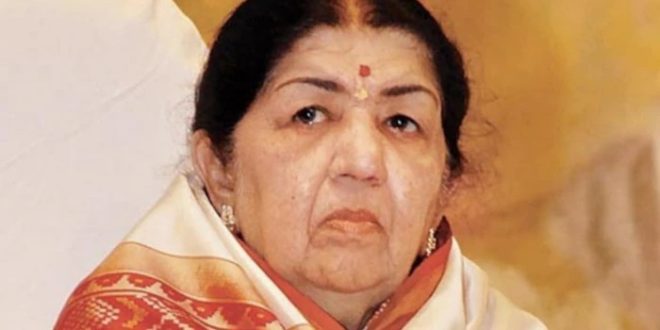 
Veteran singer Lata Mangeshkar breathed her last while undergoing treatment at a hospital in Mumbai today. She was 92.
On February 5, the legendary singer’s health condition worsened and she was on ventilator support. She had recovered from Covid but her health condition took a turn.
She was admitted to Breach Candy Hospital in Mumbai on January 8 after her diagnosis.
On January 27 her family member on Twitter had informed, ”Lata didi continues to be in the ICU at Breach Candy Hospital, Mumbai under treatment. She has been given a TRIAL of extubation ( off the invasive Ventilator ) this morning.”
“Presently, she is showing signs of improvement but will remain under observation of the team of doctors headed by Dr Pratit Samdani. We thank each one of for your prayers and good wishes,” read the tweet.
Lata Mangeshkar was fondly called as ‘Nightingale of India’. She had lent her voice to over 1,000 Hindi songs and has sung many tracks in several Indian languages and foreign languages.
One of Indian cinema’s iconic singers, Mangeshkar received the Bharat Ratna, India’s highest civilian honour, in the year 2001.