The wait is over for the Aamir Khan’s fans as the most awaited movie Laal Singh Chaddha will be released on August 11.
This is to announce that our film, Laal Singh Chaddha, will not be releasing on 14th April as planned. This is because we are unable to complete the film in time. The film will now be releasing on 11th Aug 2022 in theatres worldwide, said the makers.
“We would like to thank Mr. Bhushan Kumar, T Series, Om Raut and the entire team of Adipurush from the bottom of our hearts. We would like to thank them for being so helpful and understanding, and for shifting the release date of their much awaited, Adipurush, starring Prabhas, Kriti Sanon and Saif Ali Khan, so that Laal Singh Chaddha can come on 11th Aug 2022,” read the release issued by the makers.
Laal Singh Chaddha is a comedy-drama film directed by Advait Chandan. Screenplay has been written by Eric Roth and Atul Kulkarni. The film is produced by Aamir Khan Productions, Viacom18 Studios and Paramount Pictures. 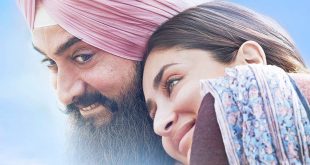