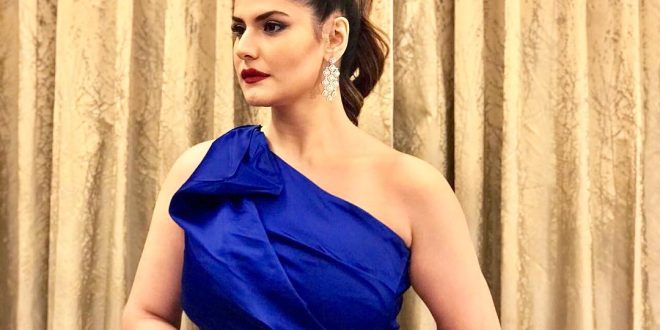 Zareen Khan shares why she’s not getting work in Bollywood


Actress Zareen Khan has been away from Bollywood for a long time. Barring a few films, she has hardly been seen in any other films. Zareen Khan was launched by superstar Salman Khan in his most ambitious film ‘Veer’ in the year 2010.

During her debut, Zareen was compared with Katrina Kaif, as she found that she was very similar to her. However, her career did not see any luck like Katrina Kaif. After ‘Veer’, Zareen Khan had to struggle a lot to get films. Even now she is trying to make her identity in the Hindi film industry.

In a recent interview, she revealed why she is not getting work in Bollywood and her potential has not been utilized well yet. In her conversation, she talks about why she hasn’t been able to make a mark yet, “There are a lot of factors,” she adds, “First of all, the most important thing to be a part of this industry is this. To be very social, attend all parties and connect with people.

Somehow at the beginning of my career, I didn’t know how to network and appearing in these parties is very important to your work.” Apart from this, the 34-year-old actress said, “Because I didn’t do that. Tried a lot to make friends with business people, I lacked opportunities. The main thing at this time is that everyone is everyone’s friend and they are working with their friends. How will people like me get work if people keep recommending their friends in Bollywood?”