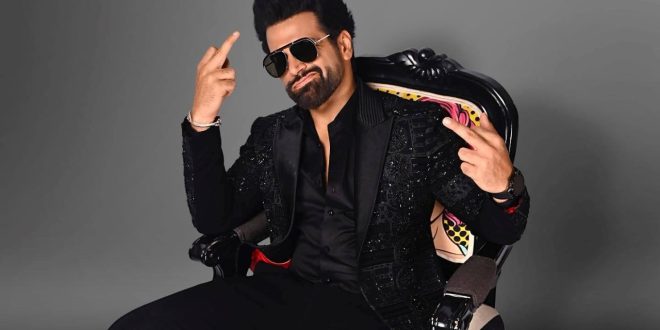 
The most energetic TV & Web Series Actor & Reality Show Presenter Rithvik Dhanjani is going to grace the 3rd Edition of Global Excellence Awards 2022 as Anchor of the Most Awaited Award Ceremony to be held in Mumbai with Chief Guest Anupam Kher, on 8th May 2022.

Rithvik will be once again hosting Global Excellence Awards consecutively for 3rd time. First edition of GEA award ceremony had been organised in New Delhi in 2018 with Chief Guest Raveena Tandon and 2nd edition in Mumbai at Grand Hyatt Hotel with Chief Guest Madhuri Dixit Nene.

This time, in 3rd edition, the Brand Empower Team from the Most Trusted Branding Company in India is all set to welcome Celebrity Chief Guest, the very popular personality, the Padma Shri and Padma Bhushan Awardee, Bollywood Actor Anupam Kher on 8th May 2022, at Hotel Sahara Star, Mumbai.

Rithvik Dhanjani said, “Global Excellence Awards is a great initiative by Brand Empower Pvt Ltd to recognise and honour the Entrepreneurs, Companies and Organisations who are not just adding value to the economy of the country but also generating employment & changing the world with their innovative and quality products & services. Putting effort in finding those unsung heroes and motivating them to do more in their field is a noble cause and so I enjoy hosting GEA Award Ceremony every year. The best part of this event is that apart from business owners, Bollywood Celebrities & TV Actors are also awarded for their contribution in Entertainment Industry. I always have great fun with my co-actors and artists from my industry at the Stage of Global Excellence Awards Ceremony.”

In the last season of Global Excellence Awards 2019, Rithvik Dhanjani had a great opening of ceremony with his highly energetic dance performance, followed by the mesmerizing entry of Chief Guest Madhuri Dixit Nene, where dancers were performing on the “Ek Do Teen Song of Tezaab”, where dancing diva could not stop herself from joining the performers on the stage. GEA 2019 was a star-studded event where big names from Entertainment Industry got awarded such as Gauahar Khan, Nakuul Mehta, Krystle D’souza, Gracy Singh, Melvin Louis, etc.

This year again, in Global Excellence Awards 2022, in presence of Chief Guest Anupam Kher, who has worked in over 500 films, Rithvik will handle the stage & the award flow.