The employees will receive the arrear amount along with their March salary. The decision to clear the pending dues will benefit nearly 4 lakh employees, said the Chief Minister’s Office (CMO).

The employees have already received 80 percent of the Pay Commission salary slab arrears.

The CMO informed that an additional budgetary outlay of Rs 850 crore has been earmarked in the 2021-22 supplementary budget for the purpose.

After accepting the recommendations of the Seventh Pay Commission, the state government implemented it from January 2016 and the hiked salary was paid from September 2017.

As per the recommendations of the 7th Pay Commission for govt employees, it was decided to pay a 20-month increase in arrears between January 2014 and August 2018 in various instalments.

Notably, the pensioners have also received 100 per cent of their arrears. 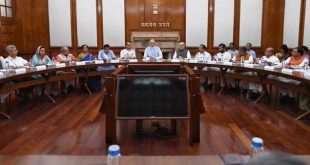