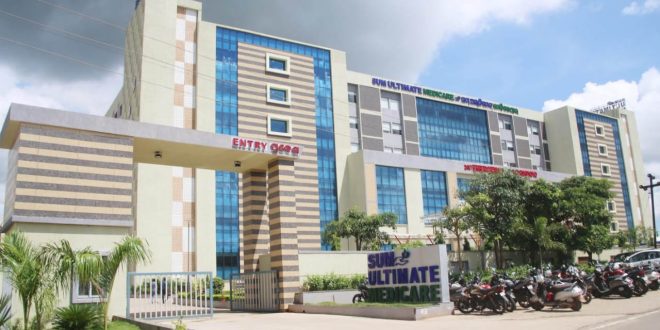 
Bhubaneswar: Surgeons at the SUM Ultimate Medicare (SUMUM) here took the laparoscopic surgery route to remove a kidney from a donor for transplantation in the recipient successfully this week.
The donor was a woman in her fifties who chose to donate one of her kidneys to save the life of her daughter. Both kidneys of her daughter had failed.
Dr. Priyabrata Dash, Consultant, Urology and Transplantation, in the hospital who conducted the surgery, said laparoscopic surgery to retrieve the kidney from the donor was decided because it was less painful, ensured early return to normal life and less requirement of painkillers.
The 35-year-old recipient from south Odisha had come to the hospital for treatment and had to undergo dialysis twice every week as the kidneys had stopped functioning. She was under the treatment of Dr. Tapas Ranjan Behera, Consultant, Nephrology, who subsequently recommended for transplantation.
Her mother stepped forward to donate one of her kidneys to the daughter.
The retrieval of the kidney from the mother and the transplantation, which was conducted in the normal process, took around five hours. While the mother was discharged within three days of the surgery, the daughter was released from the hospital on Friday. Both were doing well.
“As a minimal invasive procedure, it is technically a demanding process. In most of the reputed transplant centres across the world, laparoscopic renal transplant is the standard today,” Dr. Dash said adding dedicated team effort was the key to the successful transplantation.
The donor, who refused to be named, thanked the hospital authorities for the dedicated effort put in by the doctors, nurses and paramedics. “We are very happy with the treatment and people with similar renal conditions should prefer to get treated at SUMUM,” she said.