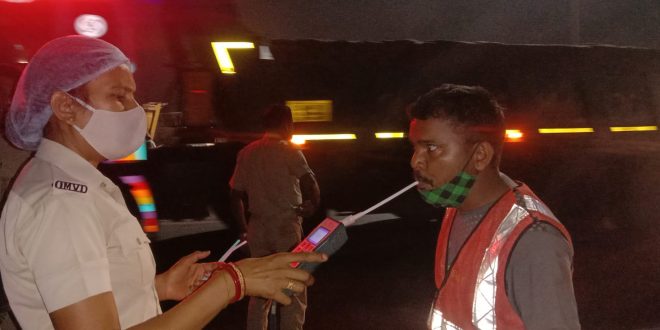 In the night long drive a total of 251 drivers were detected driving under influence of alcohol. In accordance with the directives of the Supreme Court Committee on Road safety a total of 138 driving licenses (DLs) were suspended. Police and RTO staff detained 232 vehicles of the offenders. In strict action 216 drunk drivers were arrested by Police.

The September 2019 amendment of the Motor Vehicles Act 1988 mentions that in the case of drunken driving, first-time offenders will face imprisonment up to six months and/or fine up to Rs 10, 000. The second offence, if within two years, can lead to up to two years prison term and/or fine of Rs 15,000.

Despite a set of strict laws and regulations, drunk driving continues to be one of the major reasons behind road accidents in India. As many as 648 road accidents took place in Odisha in 2020 due to drunken driving. A total of 298 people lost their lives in these incidents.