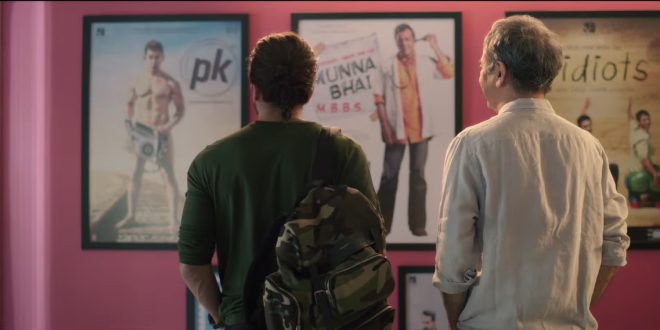 Announcing the next title, a 1 minute and 38 second long video was shared by Red Chillies Entertainment on YouTube today. This video features director Hirani and SRK.

In the video, the King Khan can be seen asking the PK director to cast him in a moive. Hirani then can be seen assuring the superstar having a good script for him, in which SRK will get to do comedy as well as emotional scenes.

However, Hirani refused SRK to show off his signature pose and said that he will be allowed to do romance in the movie, but can’t show off his favourite romanntic pose.