Singer KK passes away at 53


Popular Bollywood singer Krishnakumar Kunnath, popularly known as KK, passed away post his performance in Kolkata in West Bengal on Tuesday night. He was 53.

According to reports, KK fell ill while performing at the event in Kolkata and was brought to the a hospital, where he was declared dead.He had been performing at Nazrul Mancha for Gurudas College’s fest when he took ill. 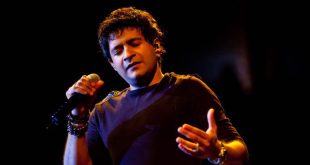