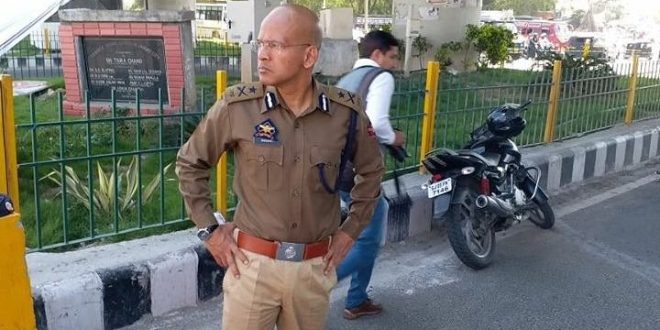 Basant Rath hints out at joining BJP; wants to contest polls against ex-CMs in JK


Days after tendering his resignation from Indian Police Service, senior IPS officer from Odisha, Basant Rath has hinted out at the Bharatiya Janata Party (BJP) to begin his political career.

Recently the IPS officer resigned from his post to join electoral politics. In a letter to the Chief Secretary of JK, Rath said, “Please accept my humble request for voluntary retirement from the Indian Police Service ahead of my service period. I wish to join electoral politics in Jammu and Kashmir and Ladakh. I am indebted to the Government of India for giving me the privilege to serve the people of Jammu and Kashmir and Ladakh as a member of Indian Police Service.”

“It has been an honour to have served in the coveted IPS and I leave with great sense of gratification and sense of attainment that I gave my best to my people. I hope that you will accept my request for voluntary retirement and oblige me,” read the letter.