Bhubaneswar: Chief Minister Naveen Patnaik on Wednesday said the recruitment process is going on for filling up about 1730 posts in the rank of SI/ASI in Odisha Police.

Replying to the demand discussion of the Home and General Administration Department, the Chief Minister said strengthening the police machinery both in terms of human resources and infrastructure has been the priority of the government.

A total of 944 posts in various ranks have been created for Odisha Police last year, he said.

“Further, recruitment process is going on for filling up of about 1730 posts in the rank of SI/ASI in Police and posts in various ranks of Jail as well as under Fire Services. Government has created about 200 posts for 28 Police Outposts,” the Chief Minister said.

Similarly, during the current year so far, the state government has created 3 Security Companies in 3 IR Battalions in the state with creation of 663 posts in different ranks.

During 2021-22, around 12 thousand 810 candidates have been sponsored by OPSC, OSSC and OSSSC to various Departments of the Government.

Out of turn Promotion

The state government has introduced the Odisha Civil Services (Out of turn Promotion) Rules, 2020 for out of turn promotion of Government Employees having exceptional and exemplary achievements in furthering good governance and ease of public service delivery.

In order to bring efficiency in the administration, Government has also issued instruction containing procedure to deal with cases of premature retirement of Government Servants with doubtful integrity or due to inefficiency in public service delivery. 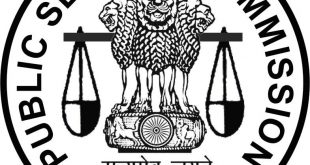