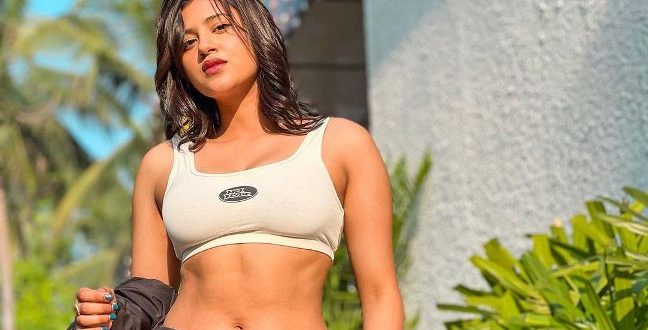 Anjali Arora reacts to viral MMS; know what she says

Now Anjali has broken her silence on this whole matter and has asked the video viral that how would they feel if this happened to any member of their own family? Talking about this alleged MMS video in a new interview, Anjali cried emotionally. She also said that this is not the first time that this has happened and her parents have already complained about it.

Talking about this controversial video, Anjali said in a new conversation with Siddharth Kannan, “I do not know what these people are doing. She further said, “Sometimes I wonder why these people are doing this. Why are you spreading so much in whom I do not belong? For the huge views on YouTube, that is Anjali Arora’s MMS, with this it is that. Man, I also have a family, I have a brother, I have a sister. I have younger brothers who see all these things.”

Anjali said that only the people who made them do all these things, then they feel very sad. On those who shared such videos, Anjali said, ‘Dude why? What have I done wrong? what did I do?”