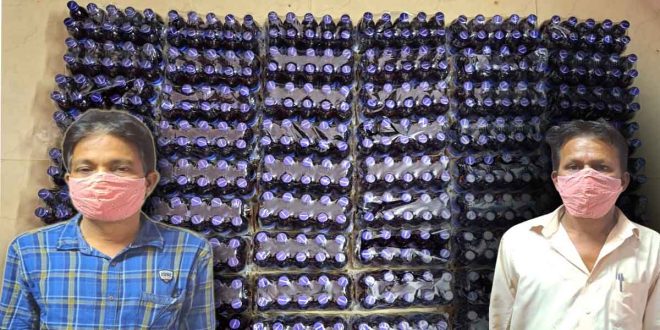 The accused are– Sankarsan Panda of Khandapada village under Dasapalla station limits in Nayagarh district and Pravat Kumar Parida S of Jagannathprasad village under Gania police limits of the district.

On the basis of intelligence input, a raid was conducted by the STF with the help of Nayagarh district police on Friday early morning near Chakradharpur village in Dasapalla area against illegal possession/transportation of prohibited manufactured drugs and apprehended two persons.

During the search, 640 numbers of Eskuf cough syrup having Codeine phosphate and Chlorpheniramine maleate, One M/c and other incriminating materials were recovered & seized from their possession.

The accused persons could not produce any document or authority for possession of such prohibited manufactured drugs, for which they have been detained and handed over to Dasapalla PS for necessary legal action.