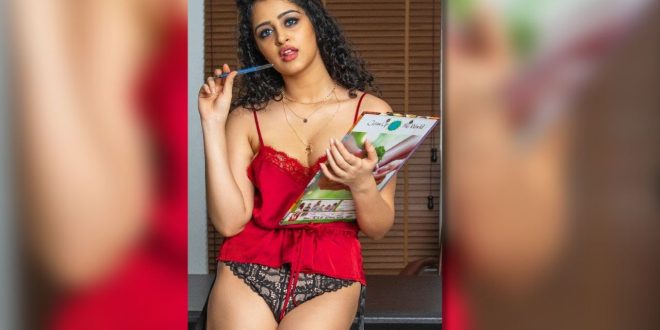 
Odia girl and Bollywood actress Apsara rani is quite active on social media. She is popular among her fans for her hot and bold avatar. Apsara Rani loves to share her day to day update on Instagram and interact with her fans.

On Wednesday, the actress took to Instagram to share a bold pic. But her caption catches the eyeballs of netizens. “Panties are the new pants,” she said in the caption.

The actress informed that the concept and direction of the photo was given non-other than Ram Gopal Verma. The photo was clicked by B Naveen Kalyan. The pic has been styled by costume designer Hema Kanchipati Madasu.

As soon as the actress dropped the picture on Instagram, it went viral within no time. Thousands of netizens liked the pic and praise her beauty. However, the pic has received mixed response from the netizens. While fans have liked the pic, some users have slammed her for the bold avatar.