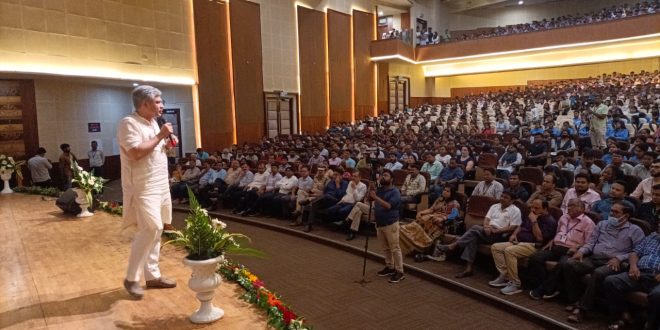 Hydrogen powered train to be ready in 2023: Minister


Bhubaneswar: Ashwini Vaishnaw, Union Minister for Railways, while interacting with students at SoA University Auditorium said that India is developing Hydrogen powered train and it will be ready in 2023.

The Minister has also said that Indian Railways is trying to connect the remote and unconnected areas of country with railway network through it’s Gati Shakti terminals policy and work on the policy is on fast track.

He further added that the Vandebharat Express the Semi High speed and one of the fastest trains is developed indigenously with in-house technology in India and the train is running smoothly with out any major breakdown for the last two years. More such Vandebharat express trains are being manufactured at ICF and will be put into service soon.