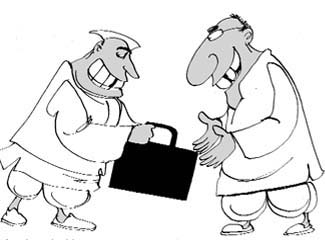 Anti-defection provision to be applicable also for ZPs, ULBs

BHUBANESWAR: Now, the turncoats may face the axe of disqualification in urban local bodies and Zila Parishads in Odisha as the state cabinet on Thursday took a decision to introduce anti-defection provisions in local bodies.

It is applicable also to the elected independent members.

“For strengthening the urban local governance, it is proposed to provide for necessary legal provisions for the prohibition of defection by elected members of ULBs from the political parties by which they were set up as candidates,” said chief secretary G.C. Pati briefing to media persons here.

He said the cabinet decided to disqualify such elected members subject to certain exceptions in the case of merger or split.

In Odisha, elections to the municipal bodies and ZPs are held on party lines.

The ruling BJD government took the decision to introduce the anti-defection provision after it faced embarrassment from its own party leaders, who have moved a no-confidence motion against their leaders in instances due to intra-party bickering in local elected bodies.

The members took the advantage of no-confidence provision, which can be moved against the chairperson, vice chairperson or mayor and deputy mayor after two years in office.

This results in poor urban governance due to lack of instability of leadership.