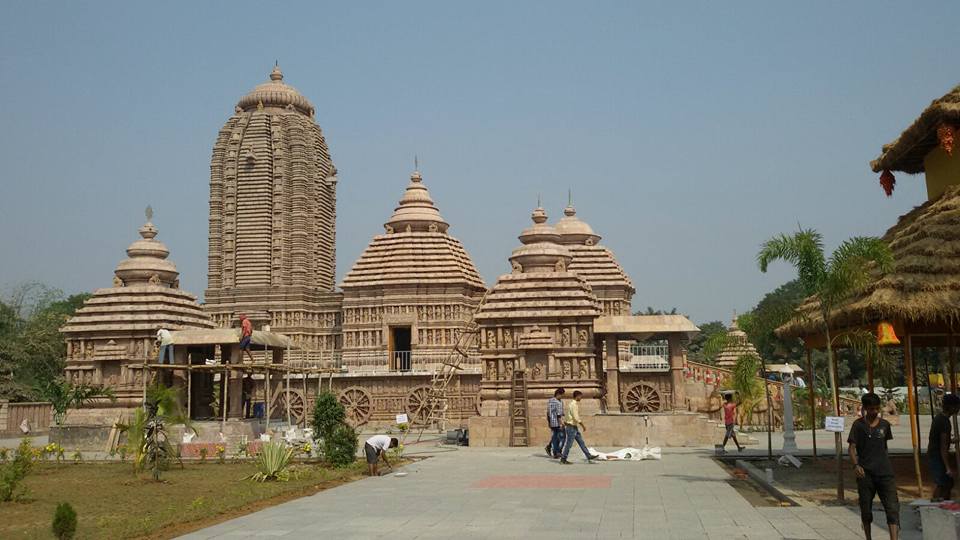 More news at this link.

BALASORE: A new Jagannath temple, dubbed to be Odisha’s “second Puri Shree Mandir”, on Monday has been dedicated to the universal devotees and Jagannath culture connoisseurs and aficionados.

The seventy-eight feet high scintillating shrine has been constructed on a sprawling three acres of land on the premises of Balasore town Balgopalpur-based Emami Paper Mill.

The temple claimed to be a replica of the Puri Jagannath Temple also bears the world-renowned Black Pagoda Konark Sun Temple’s tinge with sixteen Konark Wheels engraved on it apart from four horses.

The Pran Pratistha ceremony of the divine idol of Lord Jagannath took place at this new temple constructed by Emami group on Sunday.

Built at an expenditure of Rs 11 crore, Padma Vibhusan Raghunath Mahapatra is the architect and sculptor of this temple.

He also said that the unique trait of this Jagannath Temple is that it has a universal access unlike Shree Jagannath temple at Puri.

“Irrespective of caste, creed and religion and even a devout devotee from a foreign land and the also the foreign nationals are allowed to enter the sacred shrine till the ‘Jagamohana’ and have the ‘darshan’  of the deities in the sanctum sanctorum here”, said Mahapatra.