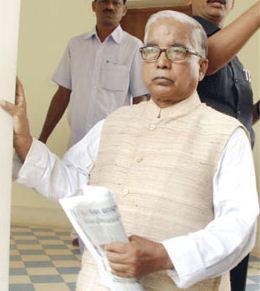 The seat had fallen vacant following the death of Kalpataru Das, who was elected to the upper house in April 2014.

Swain’s term of office in Rajya Sabha would end in April 2020.

December 7 was the last date for withdrawal of nomination till 3 pm, and since Swain was the lone candidate in the fray after scrutiny, he has been declared elected unopposed, said returning officer Amiya Kumar Sarangi.

Notably, Narendra Swain was fielded as the candidate of the ruling BJD while one Ganeswar Mishra had filed his papers as an Independent candidate for the Rajya Sabha by-poll.

However, the latter’s papers were rejected by the returning officer during scrutiny as it did not carry any name and signature of any proposer as per the norms.

Following this, Swain remained the lone candidate in the fray to be nominated to Rajya Sabha.