Pradhan hits out at Odisha govt over farmer suicide issue

He also demanded a judicial probe into the sensitive issue.

“Instead of making it a prestige issue, the state government should admit the death of farmers and constitute a judicial probe,” Pradhan told reporters here.

The minister said the Maharashtra, Telangana and Andhra Pradesh government have already started compensating the farmers.

He said the central team that assessed the drought situation in the state has already submitted its report, and after the disaster management authority meets by Home ministry on it, appropriate drought assistance would be provided to the state.

Reacting to the issue, the ruling BJD criticised the BJP led union government for not providing required assistance to drought-hit Odisha even though it continues to announce and sanction package for other states with a similar situation.

BJD spokesperson Pratap Deb said the centre is yet to sanction assistance for the drought affected people in the state.

“In order to showcase its camaraderie, BJP sent a central team to the state at a time when there were no problems. Now that it is the turn to pay, the sincerity is missing. Shouldn’t we call it central negligence” said Deb.

BJD MLA Amar Satapathy said the state government is well aware of the drought situation and taking adequate steps as per the Odisha Relief Code.

Notably, 215 blocks across 26 districts of the state have been declared affected by the drought this year while the state government has sought financial assistance of Rs 2,200 crore to the centre to mitigate the drought issue in the state. 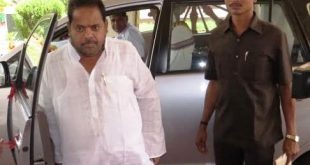 No farmer died due to agrarian problems in Odisha: Minister