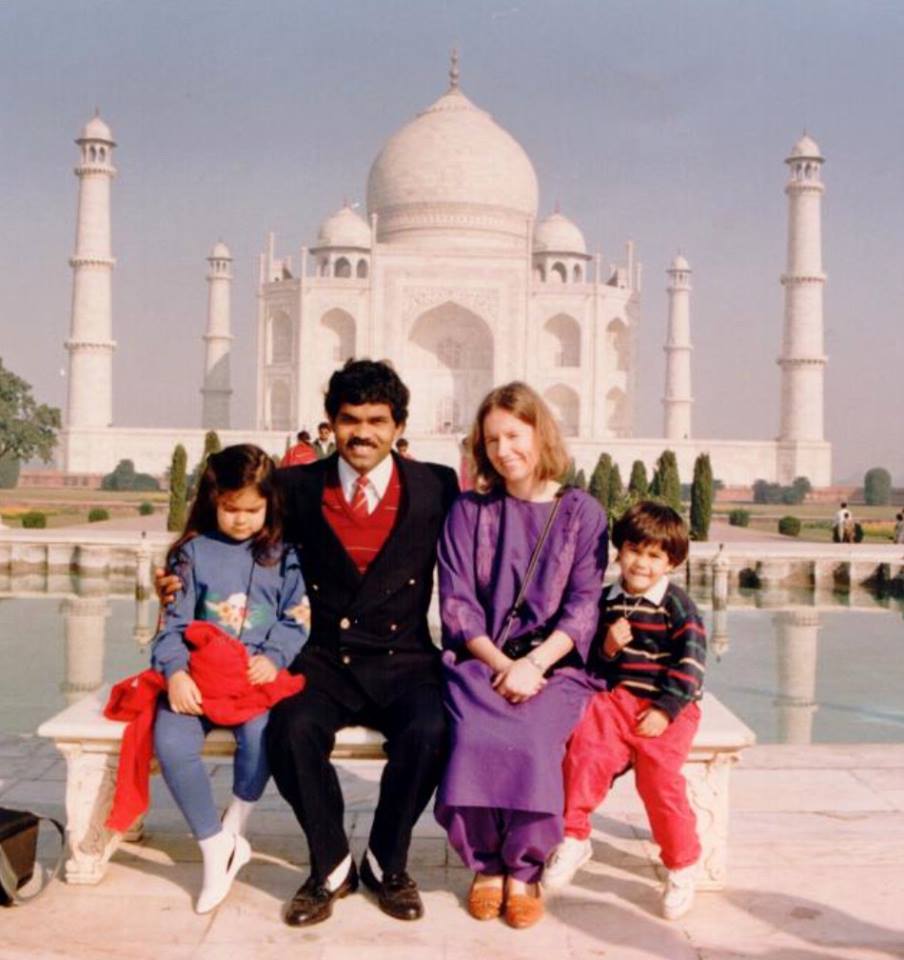 BHUBANESWAR: A poor guy meets a rich girl in New Delhi during an emergency situation. They fall in love. Girl goes back to her country. The boy promises to visit her. But like all love stories, there was a twist of fate in this one too. Despite poverty, he lags not behind to visit his beloved’s country.

Then he decided to fulfil his promise and sold his all belongings and got a mere $80. He bought a bicycle for Rs 60 and undertook the longest journey crossing across eight countries to meet the love of his life.

New Delhi to Sweden by road! He entered Sweden after a tortuous journey that took him four months and three weeks.

The route used by Alexander the Great for invasion and plunder of the then Bharat (India), the love bird used the same route in quest of his lady love sans any sword or lethal weapons, but his canvass and painting brush. He was also not on horseback rather on his second-hand bicycle.

If you think this is a story of Bollywood, it’s a huge no although it pretty much qualifies to be one. This is a true story in which Dr Pradyumna Kumar Mahanandia (fondly known as PK) from Odisha, an Indian state is a hero and Charlotte Von Schedvin from Sweden is the heroine.

The story has all the elements of a Bollywood blockbuster – emotion, drama, tragedy and lots of love.

This is an epic saga of romance which has inspired Bollywood and Hollywood as well.

Born in 1949 into a poor weaver family in Athamalik in Dhenkanal district, Odisha, PK was a gifted artist. Due to failure in examinations, he had also attempted suicide in his childhood while he also faced discrimination in his school for being from a family of untouchability.

However, his passion for painting helped him to join College of Art in New Delhi in 1971, where he gained fame for making portraits.

Among the millions who suddenly became aware of PK, was 19-year-old Charlotte, a musician and a student in London. As the stars had conspired, during the course of making her portrait, he was possessed by her beauty and she, with his sheer simplicity. Love had set in.

The words of fortune teller he had met as a child suddenly came to his mind. The astrologer had predicted that he would marry a Taurean girl from a very far way land.

The second day, the time after he finished her portrait, PK asked the question he had wanted to ask “Are you Taurean?”

Then the girl replied with a smile “yes!”

Without hesitation even for a second, he then proclaimed “Then you will be my wife.”

Now, the traveller had found his companion and thus began their love life!

Charlotte took the Indian name ‘Charulata’ and they both married following traditional rituals and their married life began in one room house in Lodhi Colony Barsati in New Delhi.

But, circumstances forced Charlotte to travel away from him. She had to return to her home Sweden. She asked her husband to come along. However, PK was still a student and wanted to finish his studies.

When their separation turned out to be tougher, she sends air tickets to Mahanandia, who refused to accept saying he would come to meet her on his own.

And, then starts the bicycle journey of the hero who was desperate to meet his beloved, waiting far away in a foreign country.

After selling his all belongings, he bought a second-hand bicycle. He packed his bag with his most important possessions-his box of paints and brushes.

He set out on a voyage to the Far West with a hope to reunite with his love. This was back in March 1977.

Slowly, laboriously, he bicycled through India, passing Amritsar from New Delhi and arrived in Afghanistan. From this, his route led through Iran, Turkey, Bulgaria, Yugoslavia, Germany and Austria until he arrived on the borders of Denmark.

His cycle broke down many times on the way, and he even had to go on without food for days. But, all the ordeals were nothing against his seer desire to meet his beloved.

After 4 months and 3 weeks of the back-breaking journey, he finally reached Gothenburg, Sweden.

Upon reaching, he was questioned by Swedish immigration officers who were amazed to see a man who had come from India riding a bicycle. But, the authorities were not prepared at all to believe the words of PK even though he produced photographs of his marriage with Charlotte.

For Charlotte, who belonged to the Swedish noble family could never have stopped down to marry a poor India.

Fluttered, PK telephoned his wife. Until that very moment, Mahanandia had no knowledge about Charlotte’s family. This was totally unbelievable for Pradyumna. Fears of all kind gripped him.

The sudden revelation made even PK sceptical whether his lady love would accept him or not. But, his fears were ill founded.

When Charlotte learned about the man from India who cycled all the way, she came and received her husband with unbridled happiness. Her parents accepted Pradyumna as a part of their family.

Then they got married in 1979 according to customary Swedish rites.

After 40 years of marriage, Dr PK Mahanandia serves as the Odiya Cultural Ambassador of India to Sweden and lives with his wife Charlotte and 2 children in Sweden.

Pradyumna’s interest in art and culture has taken him to most countries in the world. His paintings have been exhibited in major cities of the world and have found places in the prestigious UNICEF greeting cards.

On 4 January 2012, he was awarded an Honorary Doctorate (Degree of Honoris Causa) from Utkal University of Culture (UUC) in Bhubaneshwar, Odisha. He has also received many accolades including Rajiv Gandhi Sadbhavana Award, a cultural award given by SOS International organisation.