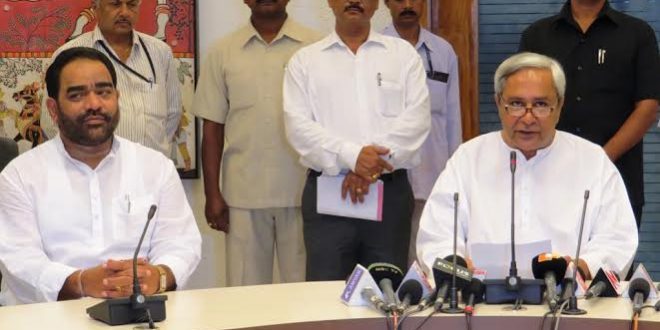 Separate steel directorate to come up in Odisha

BHUBANESWAR: With several steel industries facing various bottlenecks in Odisha, the state cabinet on Thursday decided setting up a separate Directorate of Steel to address the problems faced by steel industries.

It would also frame policy initiatives for utilisation of the untapped potential in the sector in the state.

Padhi said the directorate would deal with the issues of the steel industries passing through various problems in the state.

The new directorate of steel will be operational from April 1.

An additional secretary in the steel and mines department would now function as the director of the steel.

The Directorate of Steel would appoint a senior and experienced expert from the steel sector as the advisor on steel and would engage consultants to boost the state’s steel industry further.

The Odisha government took the decision after several big-ticket projects opted to back out from their investment proposals.

While Arcellor Mittal has already withdrawn its project in Odisha, the South Korean steel behemoth Posco, touted to be the largest foreign direct investment in India, is facing numerous hurdles in setting up its $12 billion steel project at Jagatsinghpur.

Posco is yet to make its stand clear whether it would set up the proposed steel project or not.

The Odisha government has executed 49 MoUs with steel companies in the state.

Out of which, 33 projects have already started partial production. Apart from this, 30 iron ore based industries have been set up through non-MoU route.

Padhi said a number of sponge iron, pellet, iron ore benefaction and steel plants have been operational in the state.

The state cabinet also approved a proposal to amend the Long-Term Ore Linkage Policy (LTL) to address the difficulties of industries in getting raw material.

To ease worries for steel plants drawing raw materials from state-owned Odisha Mining Corporation (OMC), the state cabinet simplified the procedures for the supply of ore as per the long-term linkage policy.

The cabinet approved an amendment to penalty provision of the Sale Agreement of notification dated September 17, 2014.

The Odisha Mining Corporation (OMC) which was allowed to execute sale agreement with long-term buyers of ore should not be inconsistent with the provision of the notification.

Earlier, the notification had a provision to impose a penalty on not lifting the agreed amount of ore.

According to the amendment, the industries would pay a penalty on the volume of ore not lifted and not on the total agreed volume of the mineral from OMC.

The industries would now pay 5 percent penalty on un-lifted ore to OMC.

The decision would help improve the ease of doing business for the buyers of iron ore and chrome ore under LTL.